Adult and distance learners are usually most concerned about two things: time and money. They want to earn college-level credit quickly while avoiding student loan debt. But did you know there is a way of earning enough credit to skip the first two years of college without taking a single class, and at a fraction of the cost? That way is CLEP.

Long used by military service members and college students to rack up quick and cheap credit, the College Level Examination Program, or CLEP,, is available to anyone. The CLEP is meant to test your current knowledge and give you college credit for what you already know, but many distance learning students now study and cram for the CLEP. In fact, there are numerous books and web sites dedicated to preparing students for CLEP exams.

There are 33 different CLEP exams, all covering material one would normally encounter in the first two years of a four-year college program. The tests are all worth lower-level college credit. Nearly three thousand colleges grant credit based on CLEP exam scores, but their policies can vary. Some schools limit the amount of CLEP credit they will accept, while others have no limits on credit-by-exam. Excelsior College, Thomas Edison State College, and Charter Oak State College are colleges which will allow students to earn a college degree almost entirely through testing. Also, while most schools adhere to the recommendations provided by the College Board, not all schools award the same amount of credit for each CLEP exam or accept all exams. Be sure to check your college's policy on CLEP before registering for any exam.

The 33 CLEP exams which are available fall under five different areas of study:

There are a few types of CLEP exams:

Not only do these exams save time, but they will save you plenty of tuition money as well. The cost of taking each exam is $77, plus an administrative fee which usually runs about $15 to $20 dollars at community colleges. If you take a subject exam, that's about $30 per credit hour. (That's the test fee of $77, plus the administrative fee, divided by the three credits you'll get for the test). Not bad when you consider the 2010-11 average cost of tuition at a private four-year college is $27,293. For the 2010-11 school year, the average tuition at four-year public colleges and universities is $7,605. And that doesn't even include textbooks, room and board, parking, technology fees, or other expenses!

For example, if a student were to begin a degree program at a college or university where the tuition is $250 per credit hour, the cost of taking the first 30 credit hours, or the first year of the program, would be $7,500. If the same student were to take and pass the five CLEP general exams for the same 30 credits, the cost would be about $450, including the administrative fees &8212; only six percent of what it would cost otherwise!

The cost savings don't stop there. If you happen to be in the active-duty military, the CLEP tests are free. Certain eligible civilian government employees are also eligible for the free tests. The Veterans Benefits Improvement Act of 2004 extends those same benefits to certain military veterans. The law has only recently been implemented. Other proficiency exams such as the SAT and the GMAT are also covered under the law.

Preparing for a CLEP Test

If you're a fan of multiple-choice exams, you're in luck. Most CLEP exams are multiple choice, with the exception of the College Composition and College Composition Modular exams, which require a written essay. Some tests have "fill-in-the-blank" questions. CLEP exams used to be paper-based tests, but now virtually all testing centers have adopted the electronic version of the exams which allow you to take them on a computer. You are given a total of 90 minutes to complete the 120-question exams. If you happen to fail an exam, you must wait six months before you can take it again.

So how do you determine if you're ready to tackle a CLEP test? Check out the descriptions of the exams and familiarize yourself with the topics which will be covered in the exam you are interested in taking. There are numerous books and web sites, including the official CLEP Web site, which have practice tests. If you are able to correctly answer well over half of the questions on the practice exam, you are ready to take a CLEP test.

How CLEP Tests Are Scored

At most colleges, the CLEP exams are recorded on a "pass/fail" basis, but there are some which do assign a grade to the exam results. You may want to check and see if your college is one of those which do assign a grade. The grade could come into play if you plan to pursue graduate studies at another college. Also, each college has its own policy regarding the acceptance of CLEP exams for credit, and won't grant credit for a course unless a certain score is achieved. The American Council on Education provides credit recommendations which are followed by many colleges and universities.

When you take the exam, you can opt to have your score sent to a college of your choice. It can either be sent to a college in which you are currently enrolled, or one in which you intend to enroll. You don't have to indicate a school, and you can request a copy of your CLEP transcripts at a later date. A transcript of your CLEP scores will be kept for 20 years from the date you take the exam.

Signing Up for a CLEP Test

If you are confident that you already have the knowledge to take a certain CLEP exam, or you have spent some time studying to take one, the next step is to register to take the exam. There are more than 1,300 testing centers in the U.S. and in other countries, usually located on college campuses.

Some testing centers are only open to students of the college where the center is located. Other testing centers are "open" centers, and are open to members of the general public. When you contact the testing center to register for an exam, be sure to ask about registration policies and fees. Payment must be made by credit card, check or money order.

With an investment of a little time, effort and money, the completion of your college degree could be a lot closer than you think! 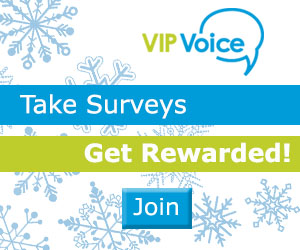 Enter to WIN a $1,000 Registration Sweepstakes!