How to Survive Virtual Group Work

Most e-learners have mixed feelings about virtual group work and the activities they've had to do with their classmates. Perhaps you've had the same experience: you loved going to the discussion board and sharing ideas and discussing the course readings. But, when you had to work with the same individuals on an online group project, it was another issue altogether. 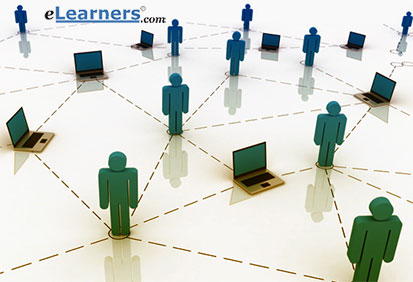 Does that sound familiar? How can you succeed?

Ask group members to post photos, details about themselves that they'd like to share, and to start a discussion board or forum in which they discuss current events and items of interest.

Potential problem: No sense of community. There is a failure to bond, and hence a failure to thrive. Collaborations with this problem sometimes never get off the ground in virtual group work.

Determine what the final outcome will look like. Avoid generalities and be specific early on.

Potential problem: Collaborative papers require "blending" rather than stand-alone components. The collaboration is expected to produce a paper that flows as though it were written by a single person. This can pose a monumental, even insurmountable, challenge because individual voices, writing styles, even format can be completely at odds. Further problems surface when individual team members resent the way that their work has been edited.

Solution: Develop structures that allow individuals to insert their own work in sections clearly identified as pertaining to them. Do not try to blend or mesh the parts.

Identify the tasks that you will need to do in order to accomplish the goal.

Potential problem: Irrelevant activities. Group members may resist doing activities they perceive to be irrelevant to the overall goal or objective they envisioned when joining the group. Even those who go ahead and do the activities may feel resentful.

Solution: Let the team members know how their work ties into the final objective (the project), and how it ties into a larger world as well during virtual group work.

Simplify the tasks and break them up in to individual steps during virtual group work.

Instead of envisioning one large group project, visualize the entire assignment as four or five smaller projects that will each require just two or three steps, rather than dozens.

Potential problem: The project contains too many steps to reach the final outcome. The complexity makes it difficult to understand and to delegate work, and to set achievable goals.

Potential problem: Resentment because of lack of work parity. Group members become angry because the work load is not evenly distributed. Some team members may be perceived as slackers or freeloaders, who take credit but refuse to pull their weight. The converse can also be true. There may be resentment because one team member will attempt to dominate and not allow individuals to participate in the process. The dominant person may be perceived as a bully, much to his or her surprise. She thought she was simply being efficient, proactive, and "Type A."

Solution: Listen. List the roles and the responsibilities and behaviors expected of each role. Then, assign tasks to specific team members, and develop a realistic set of due dates. Make sure that there are clear ways to be in touch with each other if there are questions.

Required collaborations do not reflect the real time commitments of the participants, nor do they reflect schedules or time zone differences.

Solution: Give the group at least a week to do each project, no matter how small. Ask the individual team members what they are doing to find out and accommodate each other's time constraints.

Develop a communications plan for your virtual group work.

Try to communicate live-time if you can, either with instant messenger, chat, video chat, or with Internet telephony, such as Skype.

Admit it when there is friction between group members.

Get it out in the open. Then, develop a productive solution.

Potential problem: The way team friction manifests itself can be subtle. Group members disagree, express frustration, or stop communicating altogether. Some team members are deliberately obstructive, or criticize work, endlessly debate small points, or refuse to contribute at all. Instead of working on the problem, the energy of the group is spent in conflict resolution. Some may drop out. Others find they become passive when they believe that their input does not matter, and they let the dominant team members do the work.

Solution: Define the roles as well as the tasks. Provide guidelines for team-member roles, and describe actions to be taken by each member of the group.

Continuously review the tasks and see where you are with the deadlines.

Potential problem: Tasks are vague, poorly defined. Although the outcome may be defined and described well, the individual tasks are not clearly defined, nor are they delegated in an effective manner. Tasks are repeated needlessly, or done with contradictory results.

Solution: Define and describe the tasks in terms of what needs to be done, how to do it, and how to present the results.

Redefine the outcomes as you go, based on the types of work coming.

Be flexible and make adjustments as needed.

Potential problem: No clearly defined goal or outcome. The overall goal or desired outcome may be imprecisely described or defined. It is important to clearly define the concrete attributes: length, structure, content, purpose, format, complexity.

Solution: Make sure that the outcome and goals are as clearly defined as possible. "SMART" goal-setting is ideal: Specific, Measured, Achievable, Reasonable, Time-based. Of course, there are downsides to having rigidly defined outcomes. They can inhibit extremely creative and driven students, and they can result in conformity and mediocrity.

Build in rewards for working with each other.

Make sure that each person clearly perceives that there exists a clear reward for the effort expended in the group work.

Competitive rather than collaborative. Group members are caught up in proving that they are "right" and that the others are not. They do not want to modify any of their work in order to have it mesh or blend with the others in order to produce a coherent whole.

Solution: Separate the tasks and roles so that there is division of labor, rather than overlap.