How to Earn College Credits Through Taking Outside Exams 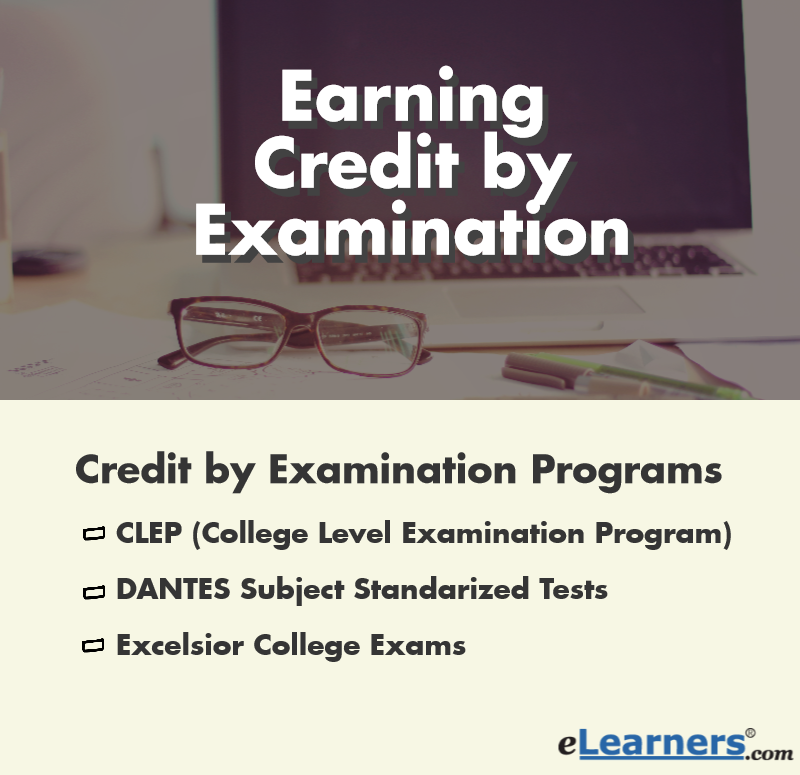 When you're learning new material, college courses can be exciting, even fun. But when you have a list of required courses to complete your degree and some of them cover knowledge you've already learned on the job, from reading in your spare time, or even remember from high school, then it can be frustrating to have to cover the same ground, especially when paying for the privilege.

That's why credit by examination is a good choice for many students. There are a number of different programs that allow a student who already has a strong command of a particular subject to demonstrate that knowledge passing a standardized test in it, and treat that credit like transfer credit.

It's not entirely seamless, of course. While credit by examination can be an excellent shortcut, not every school accepts it, those that do often place a limit on how much credit can be earned in this way, and students who want to take advantage of it need to remain aware of possible overlap between the examinations that interest them and the coursework they may have taken or expect to take in the future.

There are a surprising number of credit by examination programs. Some of the more popular are listed here:

Remember that while credit by examination can be a great savings of time, not all colleges and universities accept it. If you have not yet enrolled in a school but intend to do so and to use credit by examination, make sure you speak in detail with prospective schools to ensure you won't be disappointed. And if you're already enrolled in a school, consult your academic advisor or counselor to make sure that any tests you do take will apply to your degree program. Good luck, and happy test taking!