What do Software Developers Do? 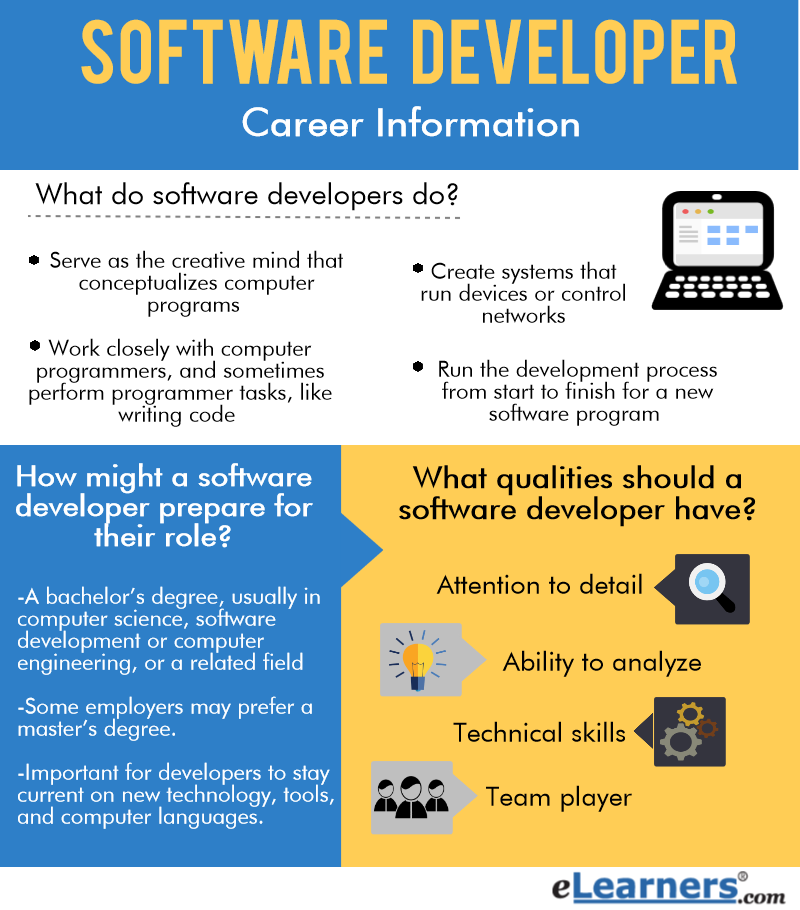 Employers typically look for software developers with a bachelor’s degree, usually in computer science, software development or computer engineering, or a related field. With a computer science degree, you could learn the broadest range of topics, which could help developers understand all facets of technical work and language. Also, although knowing how to write code isn’t the main job function, having computer programming knowledge could help a software developer. Depending on the level of the position and the type of company, some employers may prefer a master’s degree. As technology changes so often, it’s also important that developers stay current on new technology, tools, and computer languages.

What Qualities Should a Software Developer Have?

An important skill for an effective software developers to have includes technical skills. Developers should understand computer languages and capabilities to design the best software possible. Other skills that developers could have include: