What Is a Forensic Science Technician?

Watch any courtroom drama on television, and you’ll hear the word “forensic” used frequently to describe a type of evidence used against criminals. But the question of ‘what is a forensic science technician’ is not always clarified by the time the credits roll on the TV show.[i] 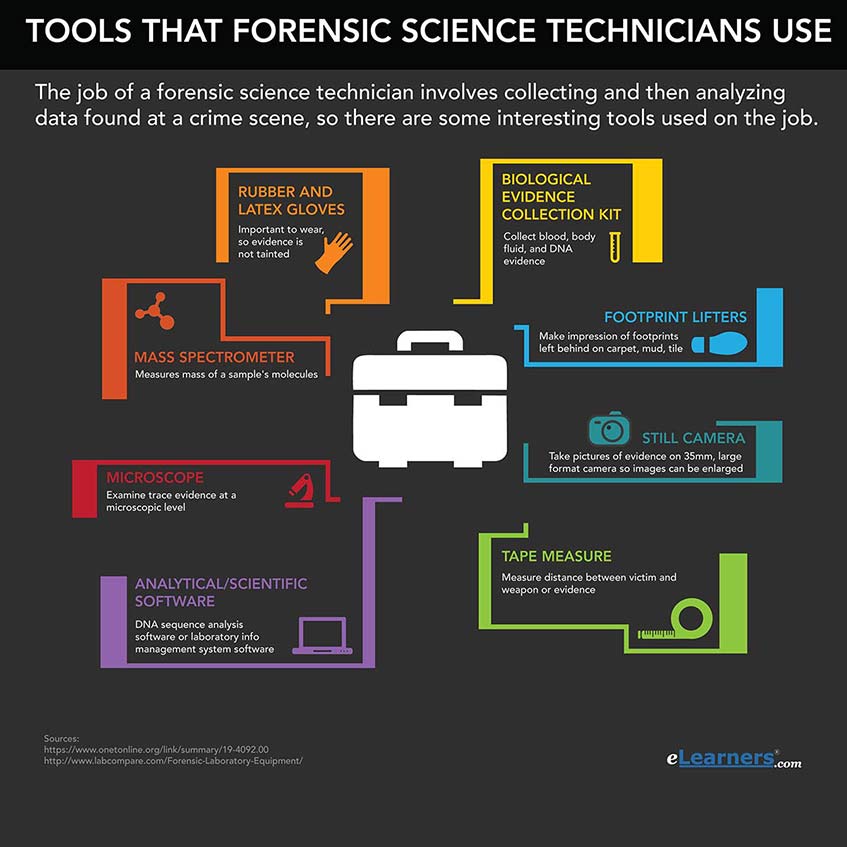 Forensic science technicians are professionals who investigate scientific evidence connected to a criminal occurrence and analyze their finding in hopes of proving guilt or innocence by scientific facts. A forensic science technician works mostly in a lab and keeps full-time hours, and also may visit crime scenes within the jurisdiction of the law enforcement branch for which she or he is employed. (Continue below)

How to Become a Forensic Science Technician

Some of the skills that forensic science technicians working in the profession have cited as being used on the job are using scientific methods and rules to solve problems, effectively communicating scientific findings in written reports, and using critical thinking. These criminal justice professionals also need to have attention to detail and employ knowledge of chemistry, engineering and technology, and law and government.[iii]

Now that you know what it takes to pursue this career path, you may be wondering what sort of forensic science technician salary can be possible in the field. While the salary will vary based on where the technician is employed, here is some recent employment data collected:

As of 2013, the states with the highest employment level in this occupation were[iv]:

If you’re passionate about science and having a place in the criminal justice system, then a forensic science technician career path may be perfect for you. By pursuing graduation from a forensic science degree program, you can combine the scientific knowledge you learn with your analytical skills to bring criminals to justice.