Looking for a masters in social work online? Well let's dive right in to the deep end.

There's a saying that both sane folk and psychos equally abide . . . "Only the paranoid survive."

It's a popular saying among us paranoiacs, and for good reason. This isn’t just putting a proud and happy spin on mental health issues, though. Not only did the mega popular book with that very title by Andy Grove make the Intel CEO a household name, it legitimized and validated the uber-competitive corporate culture of Silicon Valley in 1996. After all, it's silly to judge mental health challenges when 450 million worldwide have been diagnosed with mental disorders—and we all know there are likely quite a few beyond that who remain oblivious.

So, why not help make the best of it for those who are at least in the know?

For instance, let's take Grove's corporate bastion of sharp elbowing, darting eyes, and furtive bathroom stall texting. It may have enticed at the time but these days the place seems more like a flagship for group therapy. Especially given the other fun saying on the same topic, "Paranoia will destroy ya." Luckily there's help outside that panic attack bathroom stall and on the horizon… In fact, hundreds of thousands of helpers, many who have earned an Online Masters in Social Work Degree. Because therapy doesn't just help people with their issues; it's also a viable career with intersting opportunities.

Let's check out some of the ways you can help people with a masters in social work degree.

Substance abuse may only be one aspect of helping others with mental health challenges but it's a big kahuna. Substance abuse counselors work with individuals who are suffering from dependency on drugs, alcohol, and other substances through both individual and group psychotherapy. Playing such a vital role in helping addicts recover and change their lives for the better may be mega rewarding for some folks.

Substance abuse counselors work in rehabilitation facilities, non-profit organizations, correctional facilities, and private practices. As the legal system continues to increase the emphasis on rehabilitation, employment in this subfield is predicted to grow by 20 percent by 2018. With median average salaries rising to as much as $60,400 per the BLS, and job outlook projected at 22% growth rate.i

There are 36 different official 12 step programs, for addictions including crystal meth, food, underearning, and even neuroses. You can check out this intriguing list on the Wikipedia Page for 12 Step Groups. 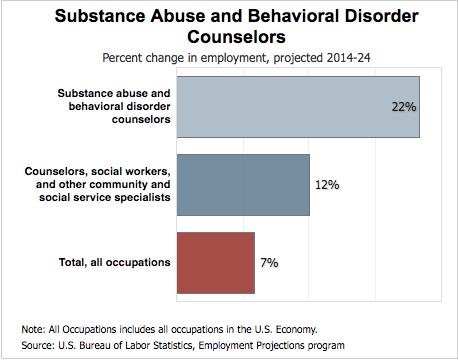 As an interesting parallel to Andy Grove's popular 1996 ideology, the novel Infinite Jest also came out that year. David Foster Wallace's ginormous book was quite a contrast to Grove's paradigm, although it did also project its own particular brand of paranoia. Infinite Jest introduced the idea that the very culture Grove's book celebrates works as an insidious virus that will destroy us all. Both of these books were bestsellers and NY Times Notable Books of the Year for 1996.

Inspiring reads for sure, but they may also seem to just engender more reasons for therapy. In fact, they way David Foster Wallace chose to end his own personal story, killing himself at the age of 46 despite status as a highly respected and influential writer, certainly could make anyone ponder the prospect of a little help—from our friends or someone else. After all, it's nice just to have someone listen and look at us when we talk in this age of phone-gazing. Imagine if they also actually card about what we said… makes the brain tingle with delight.

Wanted…. Brains! In order to help them understand, treat and transform mental illness, the National Institute of Health made a 2017 public plea for brain donations. ii

This whole concept of wanting someone to listen encapsulates why a Masters in Social Work online has many applications beyond the realm of substance abuse.

What Else Can I Do with a Masters in Social Work?

For instance, clinical mental health social workers provide psychotherapy and counseling services. In other words, social workers in a clinical setting are a busy bees buzzing around the office. They assess mental health, diagnose disorders, create treatment plans, and assist with goals for progress. iii

There's not just a variety in their day's activity but those with a Masters in Social Work also have a wide range of environments for job opportunity. There are positions in mental health centers, mental hospitals, general hospitals, schools, and private practices. Median annual earnings for clinical mental health social workers clocked in on May 2016 at $46,820.iv In fact the total employment for this field is projected to increase by 12 percent between 2014 to 2024, which is considered faster than the average growth rate across all occupations.

Approximately 3% of the U.S. population receives psychotherapy each year from psychiatrists, psychologists, or social workers. v

As a professional social worker, you could work in some of the fields on this list.

In addition to earning a master’s degree, many states require practitioners to earn a social work license. However, rules vary from state to state.

Social workers might work in many different places. For example, they could practice in hospitals, mental health clinics, military facilities, and more.

“The most important part of earning a master’s in social work and training as a social worker was related to learning how to conduct academically rigorous research, developing critical thinking skills, and learning to express myself with accuracy and concision both orally and in writing. These are essential skill-sets for any professional social worker. My education and drive led me to found and become the program director of One World Counseling; a community based behavioral health treatment facility located in Brooklyn, New York.” 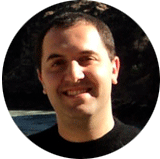 Classes You Could Be In - Masters in Social Work Online

We can't say for sure, but course topics for a masters in social work online program could include:

To make it all happen, the masters in social work curriculum is split into two parts.

To put it bluntly, masters in social work online courses could include the following.

Social workers work with many different age groups. You could work with both children and the elderly.

In addition to the usual old courses, many online social work masters require an internship or field-work experience. Unlike the rest of the curriculum in your online program, you might have to get yourself to a campus or an office.

How Long Does a Master of Social Work Take?

Graduation times vary by institution due to field-work requirements and how hard classes are. To ballpark it though, students could potentially push on through an online masters of social work program in 2 to 4 years. But the length may vary by school.

79% of current social work practitioners have earned a masters in social work.

Earlier we mentioned that there are several industries that may yield opportunities for those with a Masters Degree in Social Work (note:  you can find an MSW program even if you have a bad GPA!).

No matter which industry you choose, the "Bright Outlook" for Social Workers who work as therapists has earned a sun emoji from the Bureau of Labor Statistics.vi

That's because not only is the projected job growth a bright outlook, there already about 650,000 of these jobs out there, according to BLS data pulled in 2014.vii

In 2015, there were an estimated 43.4 million adults aged 18 or older in the United States with AMI (Any Mental Illness) within the past year. This number represented 17.9% of all U.S. adults.viii

So with all these mental health seekers in the United States, which states have the highest salaries for the helpers they desire? The chart below may surprise you.

The chart inspires, especially given how rewarding helping people can be. Offering others assistance as they improve their lives feels amazing and who among us has not needed someone to turn to at some point? It's the ultimate way to give back. This explains the BLS's bright outlook for these positions.

You don’t even need that bachelors to be specifically in Social Work in order to pursue a Masters in Social Work. In fact, the Bureau of Labor Statistics says that a degree in "almost any major is acceptable." There may be a potential perk for those who do have a bachelor in social work, though because the BLS also says that "some programs allow graduates who have earned a bachelor degree in social work to earn their master’s degree in one year."x Most programs take two years, so you do the math, oh, collegiate one.

Speaking of mental problems, researchers found direct evidence that parts of our brains implicated in mental disorders may be shaped by a “residual echo” of Neanderthals, also sometimes known as Neandertals. Say what? It's true!

Here's an actual photo of a college kid getting dinner in the D Hall. Just kidding, it's a Neanderthal. 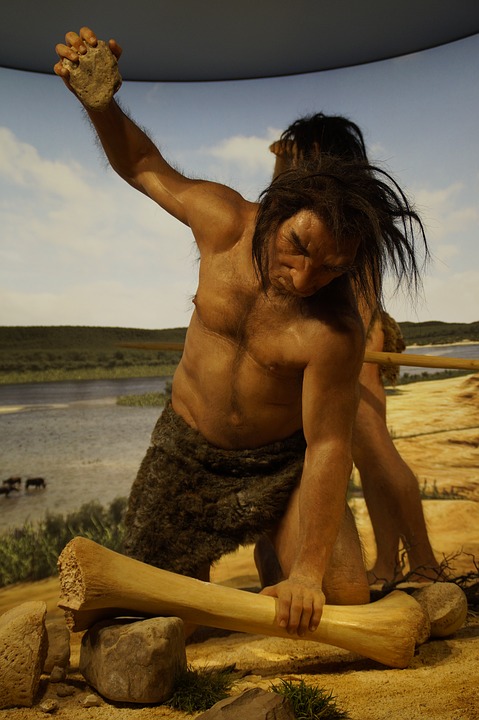 In fact, the more a person’s genome carries genetic vestiges of Neanderthals, the more certain parts of his or her brain and skull resemble those of humans’ evolutionary cousins that went extinct 40,000 years ago.xi

We can't all have it perfectly in order with our education, though. After all some of us measure more Neanderthal than others.

But you're not Neanderthal at all because you're here, in the right place, and at the right time. Here at eLearners.com, we'll match you with the perfect Masters in Social Work program for you. Just click one of our relevant and helpful sponsored links to get started on your fast, free, and easy match!