What is Psychology as a Literal Definition?

The American Psychological Association, the United States’ leading professional organization for psychologists,indicates the definition of psychology as:

“Psychology is the study of the mind and behavior. The discipline embraces all aspects of the human experience — from the functions of the brain to the actions of nations, from child development to care for the aged. In every conceivable setting from scientific research centers to mental healthcare services, ‘the understanding of behavior’ is the enterprise of psychologists.”[i]

At its core, psychology is the study of the mind and behavior. Psychology also extends to how people think and behave in groups, or in a specific activity or field of knowledge. Psychologists, and those who learn about psychology, work to understand how the mind impacts and shapes a person’s behavior individually, in groups and in society.

The idea that the mind – often viewed as connected with the soul – was a subject worthy of study began in ancient times.  As far back as 300 years B.C., Greek philosopher Aristotle recognized the connection between the soul, mind and body.[ii] 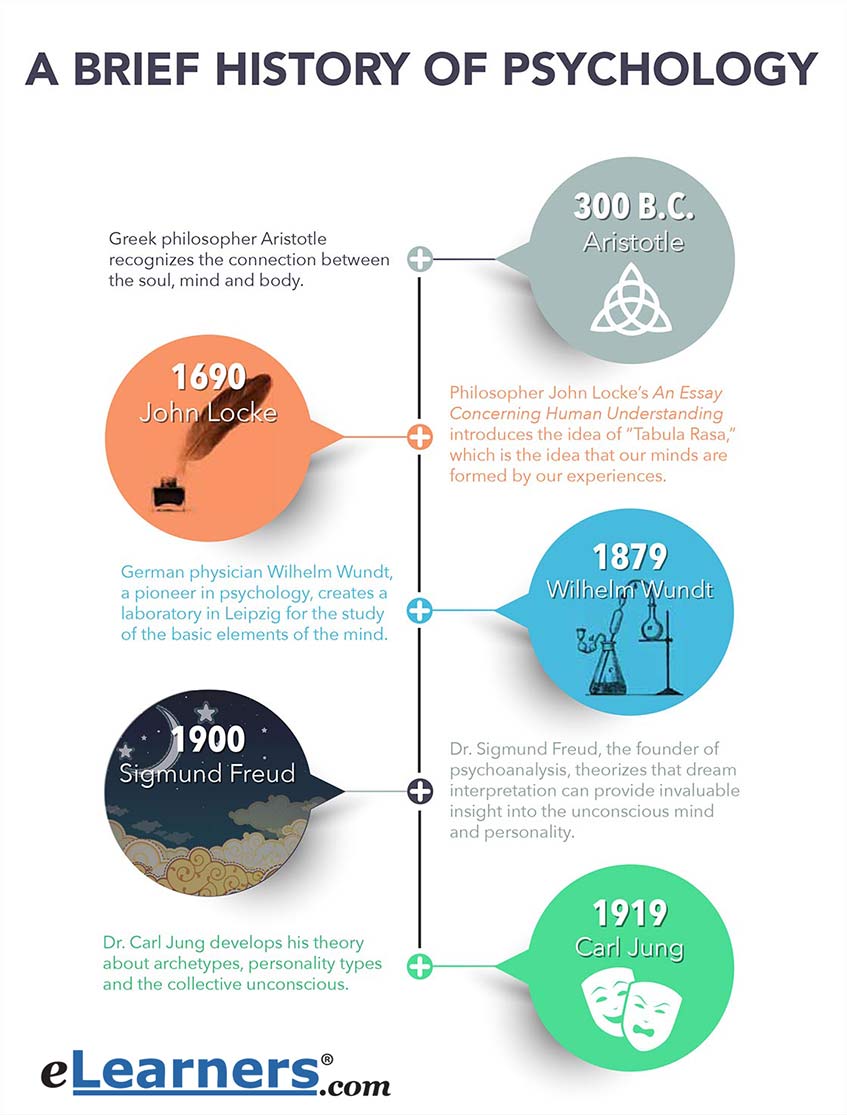 The history of psychology roots from philosophy during the Enlightenment period.  Philosopher John Locke’s "An Essay Concerning Human Understanding" introduced the idea of “Tabula Rasa,” which is the idea that the human mind is born a blank canvas and that our minds and ideas are formed by our experiences.iii

Philosophy continued to be the main source of ideas about psychology until the start of the French Revolution in 1789.  However, the tides turned during the 19th century, when science began playing a pivotal role.

While philosophy laid the foundation, the issue of what is psychology soon evolved into a widely-recognized science.  In 1879, German physician Wilhelm Wundt, a pioneer in psychology, created a laboratory in Leipzig for the study of the basic elements of the mind.[iv]

After Wundt’s studies became public, learning about psychology as a science grew in popularity. Scientists began to investigate how the mind and body are connected, as well as how the unconscious mind affects conscious thought and behavior. Psychology soon branched out into different theories and techniques, such as behaviorism, cognitivism and existentialism.

During the turn of the 19th century, one of the most influential approaches to the study and practice of psychology emerged: psychoanalysis.  Founder Dr. Sigmund Freud, a defining figure in the history of psychology, believed that dream interpretation could provide invaluable insight into the unconscious mind and personality.

Carl Jung also influenced modern psychology when he developed his theory of analytical psychology.  Jung’s theories revolved around the ideas of different personality types, archetypes and the collective unconscious. If you’ve ever taken a personality test, you have Carl Jung to thank for it. His ideas on personality types inspired the Myers-Briggs Type Indicator test. (Continue reading below)

Wundt, Freud and Jung played important roles in shaping modern psychology, but our understanding of the mind and how it impacts behavior has since come along way. The idea of psychology will evolve as it continues to impact a broad variety of fields, ranging from mental health to marriage therapy and to education. 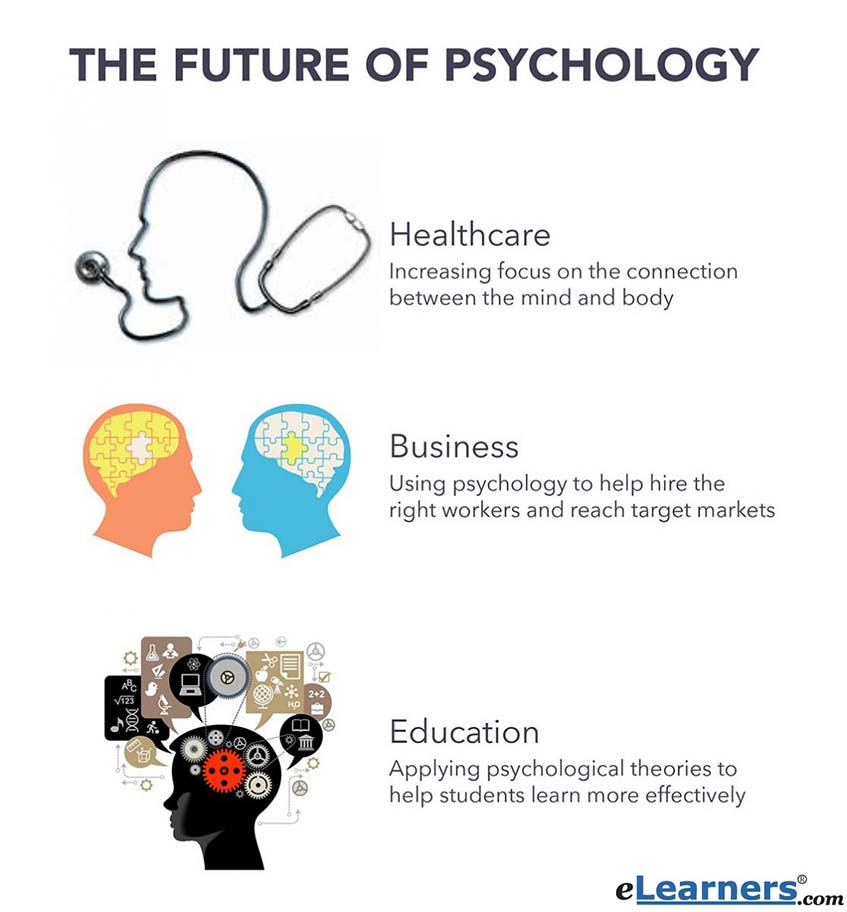 The future of psychology may be influenced by social and political factors, such as health care. The connection between mind health and physical health may also evolve as health insurance continues to be a major point of contention in American politics.

Businesses may also look to psychology to help them hire the right workers, reach target markets and use executive coaching to help their managers become effective leaders.

At the end of the day, psychology offers many exciting career possibilities for those who are interested in human behavior and the factors that influence it.